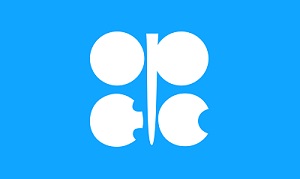 The OPEC is a permanent intergovernmental organization. The word OPEC is the acronym of the Organization of the Petroleum Exporting Countries. The members of OPEC countries accounted for an estimated 45% of global oil production and 80% of the world's proven oil reserves.

The OPEC was created at the Baghdad Conference on September 14, 1960, by five founding members Iran, Iraq, Kuwait, Saudi Arabia, and Venezuela.

Members of the OPEC:

Currently, OPEC has a total of 13 member countries. Saudi Arabia leads the OPEC as it is the biggest oil-producing country among the OPEC members. Three countries Ecuador, Indonesia, and Qatar have suspended their membership because these countries did not find OPEC useful. Russia is not a member of the OPEC group however Russia is one of the biggest oil producer countries in the world.

The Objectives of OPEC:

The main aim of OPEC countries is to Coordinate and unify the petroleum policies of its member countries and ensure the establishment of oil markets to secure an efficient, economic, and regular supply of petroleum to consumers, a steady income to producers, and a fair return on capital for those investing in the petroleum industry.

The OPEC international seminar is today regarded as one of the premier events on the world energy calendar.

The seminar participants include ministers from the OPEC member countries and other oil-producing countries which are not members of OPEC. The oil-consuming countries' ministers also participate in the seminars.

The OPEC fund, for international development finance institution established in 1976.

The OPEC fund is dedicated to improving people's living standards by providing financial assistance through the public and private sectors.

The OPEC fund is working in about 135 countries to improve infrastructure and human capacities across inter-related fields, such as energy, transportation, agriculture, water and sanitation, health, and education.

The OPEC plus countries are not the member of OPEC, however, they are major petroleum producing and exporting countries.

The 10 major petroleum exporting countries which are not members of OPEC are grouped as OPEC+ in 2016.