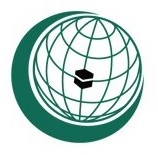 Establishment of the OIC:

The OIC was founded on 25th September 1969 following a fire incident at Al-Aqsa Mosque in Jerusalem.

Members of the OIC:

The Objectives of the OIC:

In the year 1970, the first-ever meeting of the Islamic conference of foreign ministers had held in Jeddah, Saudi Arabia. In this meeting, they decided to establish a permanent secretariat in Jeddah.

The key Bodies of OIC:

1. The council of foreign ministers.

India and The OIC:

India is not a member of OIC, but India is a potential candidate for membership as India hosts the world's third-largest Muslim population. One another reason is that Pakistan a member of OIC is always opposed to Indian membership in OIC due to their bilateral issues with India however other countries collectively agree on Indian membership in OIC. In 2019, The UAE at that time chair of OIC invited India as a guest country, and at that time Indian foreign minister late Mrs. Sushma Swaraj visited in UAE and shared remarks on behalf of India. In the same meeting, Pakistan boycotted, and no-one attended that meeting on behalf of Pakistan.