Direction: The place towards which a person or thing is directed is called direction. The position of one point is measured with respect to another point.

Answer: Now he is North direction from his starting point. 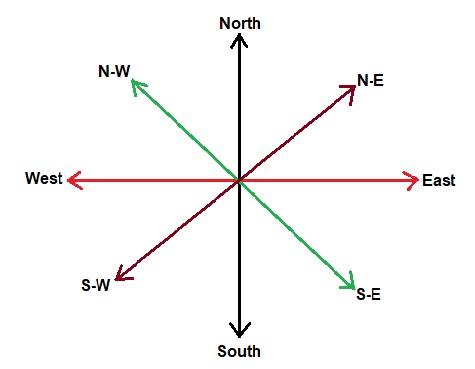 Example: A man goes 10 Km from his home in the East direction. He turns to his right and goes 5 Km. He again moves 5 Km after turning right. In which direction is he from his house?

Answer: He is in the South-East direction from his house.

Distance: The length of the space between two points is called distance.

Answer: She is 2 Km far from her original position. 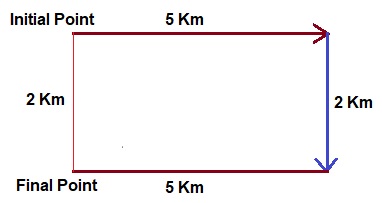