Direction and Distance: Concept of Shadow

The shadow of a person or any object always appears in the opposite direction from the light source.

Shadow during the time of Sunrise: During the sunrise, the shadow of an object will always be towards the west. 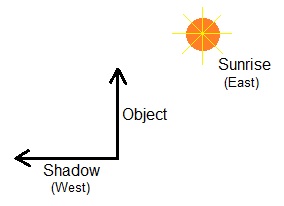 Shadow during the time of Sunset: During the sunset, the shadow of an object will always be towards the east. 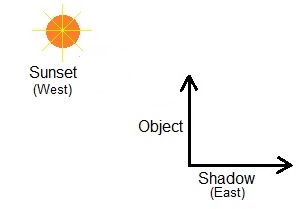 Note: During 12 PM at noon, there will be no shadow because at that time the rays of the sun are vertically downward.

Example(1): One evening Ram and Mohan were talking to each other face to face. If the shadow of Mohan was exactly to the right of Mohan, then which direction was Ram facing? 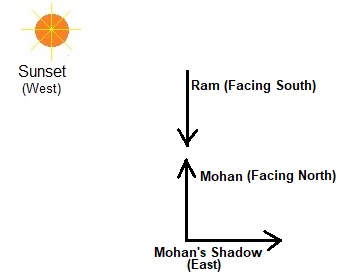 Example(2): At sunrise, Rohit and Mohit are having a conversation standing in front of each other. The shadow of Mohit is formed towards the right hand of Rohit. What direction is Mohit facing? 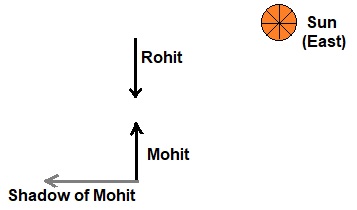