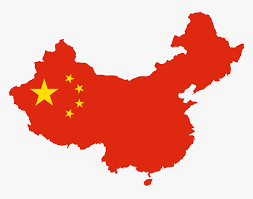 Why is China so Rich?

The main reason, why is China so rich?, because, China is a manufacturing hub of the world and the top exporter of finished goods to the world. China manufactures everything for the world. All countries, including the USA dependent on China for most things.

China is richer than any other country in the world except the US. China lags behind other developed countries only in per capita income because of its population. At the same time, china's population is helping to make it richer day by day. The labour force of china is high and cheap, which makes any manufactured product cheaper than any other country. Now it is clear, why is China so rich?

When will China overtake US Economy?

How did China become so Rich?

China made economic reforms in the 1980s, and it leads its economy to grow around 10% per year, one of the fastest-growing economies in the world. Till 1990, Chinese and Indian economies were around the same, but Chinese economic reforms and implementation of policies by the communist Chinese government made it possible to make China rich.

China worked so hard to develop its infrastructure even it passed the US in terms of time taken of Infrastructure development.

Why is China more developed than India?

China opens up its market and made economic reforms in the 1980s. China implemented its economic policies aggressively and provided all facilities to companies for manufacturing with cheap labour. Whereas India made economic reforms in 1991, and also India did not implement its economic policies aggressively because India is a democratic country. Also, the infrastructure of India is weak, which is an important factor for the industrialization of any country. However, in recent years Indian government eases policies and focused on infrastructure development. Now, India is growing faster than China, but India took too much time for that, and it widened the gap between the Chinese economy and the Indian economy. The Chinese economy is five times bigger than India.

Can the Indian economy overtake China?

Why is China so Rich?