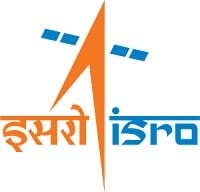 ISRO is an Indian space agency funded by the government of India. The ISRO is the acronym of the Indian Space Research Organization. The vision of ISRO is to “Harness space technology for national development while pursuing space science research and planetary exploration”.

Establishment of the ISRO:

ISRO has two space stations that are used to send satellites into space by using the launch vehicles.

On 5th June 2017, ISRO launches GSLV-MKIII (Geosynchronous Satellite Launch Vehicle Mark-III), and it is the heaviest rocket of ISRO till now.

The first satellite built by the ISRO was Aryabhata.

The first satellite launched by the Indian made launch vehicle was Rohini in 1980.

The ISRO is expected to send a human space flight in 2022 with 4 astronauts.

The headquarters of ISRO is situated in Bengaluru, India.

The Indian space program was initiated in 2007, and it is under development. In 2019, the Prime minister of India Shri Narendra Modi announced that the ISRO is expected to send a human space mission in 2022, and the mission name will be Gaganyaan. The GAGAN is the acronym of "GPS Aided GEO Augmented Navigation", and Yaan means an Aircraft. Currently, four astronauts are under training in Russia, and also before sending a human spacecraft in space, ISRO will send an unmanned space flight to check the safety of the astronauts. The Indian space agency has the capacity and technology to send a human flight in space.