Vector algebra is an important topic in algebra mathematics that defines the vector and scalar quantities. We have discussed, how to express these quantities, and identify a scalar quantity and a vector quantity. Here we have simplified vectors scalars with expressions and figures to understand vectors in an easy way.

What is a Vector?

A vector is a quantity that has magnitude as well as direction.

What is Scalar Quantity?

A scalar is a quantity that has magnitude but does not have any direction is called a scalar quantity. 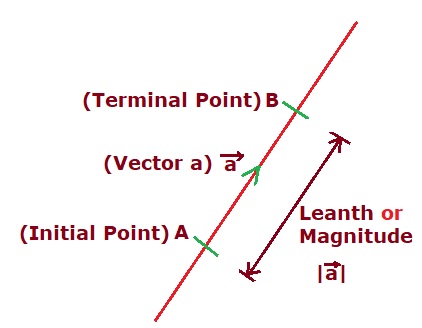 In the above figure, you can see the directed line segment AB, which is denoted as 'AB' or 'a', and it is called vector \(\vec AB\) or vector \(\vec a\). The arrow on the line indicates the direction of the vector.

What is a Magnitude or Modulus?

We have discussed the types of vectors, laws of vector algebra, and vector operations such as vector addition, vector subtraction, vector multiplications, etc. in the next chapter with related examples and formulas to understand the topic easily.